Boom Boom Boom - for some reason there is a rather large ceremonial drum outside our apartment and the locals starting banging it at 9am, so we were awoken early.

Today we took the subway east to the shopping district of Ginza. At one point people compared it to the likes of New Yorks 5th avenue, now they say those places are trying to be more like Ginza. It's posh, upmarket and full of famous stores covering many many levels.
It appeared to be no car day, allowing pedestrians full access to the roads, and many took advantage by sitting or lying down in the middle of what would normally have been one of the busiest roads in the city! 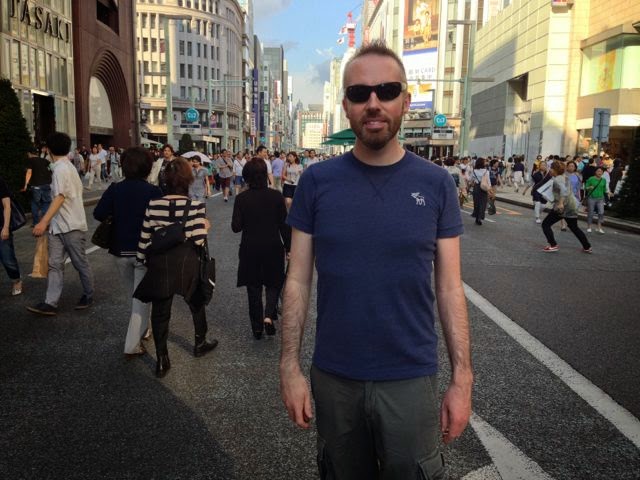 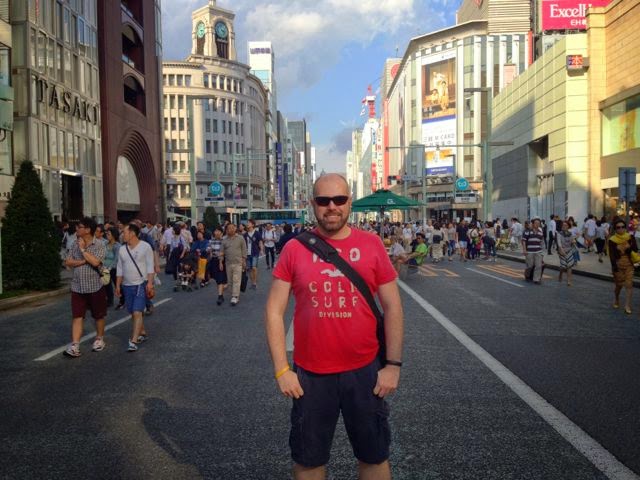 We visited the Sony Centre, covering 8 floors of gadgets, Abercrombie & Fitch, covering 10 floors and the largest UNIQLO store in the world covering a massive 12 floors. Size is everything here it would seem.

Taking a break from the shopping (or window shopping) we ventured on a little excursion to the nearby Hamarikyu Gardens (which are surrounded by a seawater moat). However by the time we got there, taking overpasses not to different from the Highline in New York, the gardens were closed! BTW they close at 4:30pm. But the walk was worth it.


Naturally we visited the Apple Store and to our surprise there was already a queue outside in advance of the launch of the new iPhone 6 launching next week, yes these people have another 5 nights to wait out in line!


That evening we ventured out to AgeHa club, located on the waterfront in eastern Tokyo's reclaimed industrial district of Shin-Kiba. It's quite the journey out taking over an hour on the subway - we just about made it taking the last subway. The venue contains various zones, some indoors others outdoors under the stars including a pool area, beach area and J-POP tent.

Thousands turned up. As it's located miles outside of the city, they provide a free bus back into town which leaves every 30 minutes, but tickets sell out quickly, so most wait until 5am when the subway starts back up again. That's what we did.